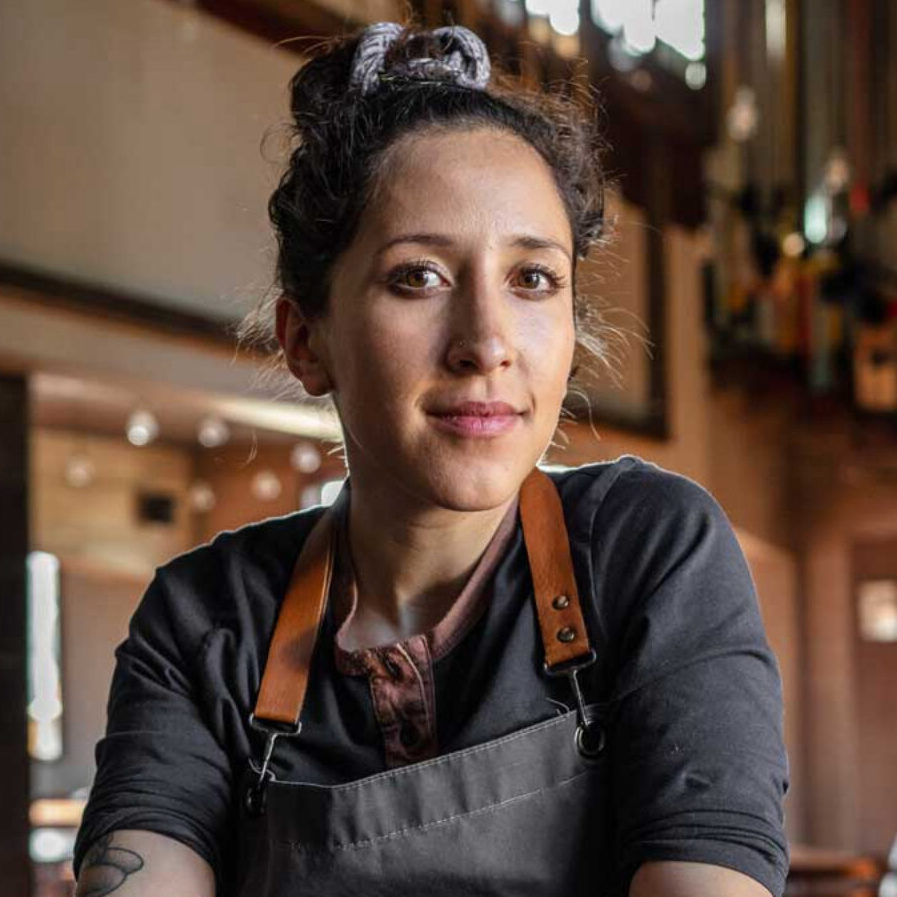 Marsia Taha studied gastronomy in Bolivia at a technical level and then specialized at the Centro de Estudios Hoteleros de Canarias, in Spain. She was head chef at a restaurant in La Paz, until she was recruited by Kamilla Seidler and Michelangelo Cestari, the first chefs of the Gustu restaurant, a project born in 2012 from the head of gastronomic entrepreneur Claus Meyer, founder of Noma.
He was at Gustu for two to three years, until he decided to go to Denmark for a year to work in restaurants such as Geist and Studio, the latter with a Michelin star.
The philosophy of the new Nordic cuisine and the 0 kilometer rule brought her back to Bolivia to generate a change in the local kitchen, emphasizing education and research.
At the helm of Gustu, the menu reflects the Sabores Silvestres project, spearheaded by Marsia in conjunction with the Wildlife Conservation Society, which has brought together scientists, biologists, ethnobotanists, agronomists and chefs to discover the potential and develop the relationship between Bolivian food systems and conservation at both the biological and cultural levels.
In 2021, Taha was selected for the first edition of 50 Next, a list of young people who are shaping the future of gastronomy, for her work as an advocate of Bolivian produce. At only 32 years old and one of the few Bolivian women to have reached the position of head chef in a top restaurant, she is setting an example for those who will follow her, making her a true winner of the title of Latin America's Revelation Female Chef.